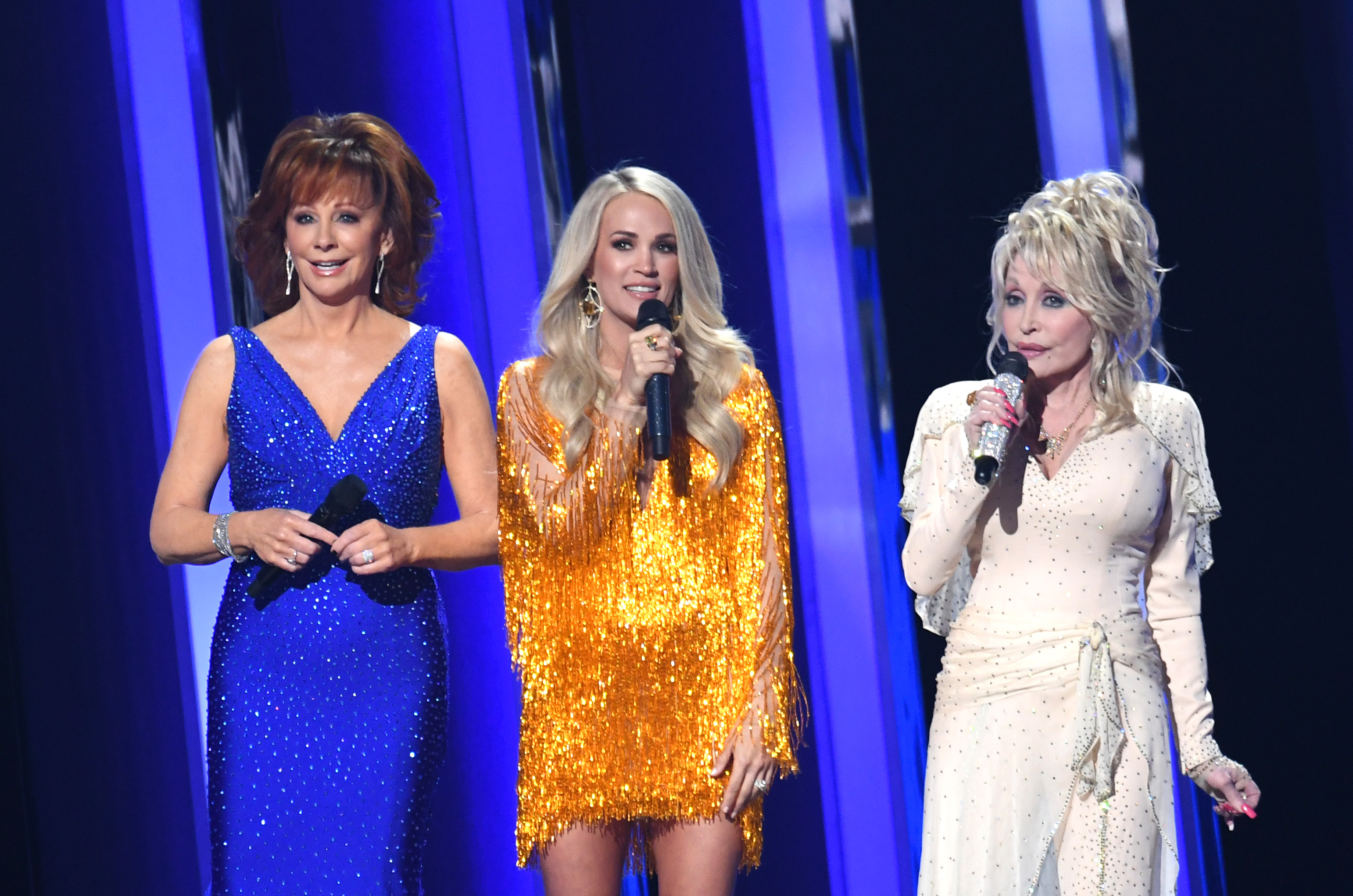 Underwood’s orange fringed Nicole + Felicia Couture dress complemented the handcrafted Harry Kotlar ring featuring an 18.92 carat superior quality Internally Flawless, Fancy Intense Yellow diamond. The Heart of Oklahoma Diamond honors the founding year of BC Clark, a fourth generation business which began in Indian Territory in 1892.  The intense yellow color symbolizes the powerful and colorful sunsets that stretch for miles over the Oklahoma plains.  The Harry Kotlar masterpiece features a geometric design reminiscent of steam locomotive’s pilot grills with the use of tapered baguette diamonds. This simple, yet elegant piece is timeless and represents a piece of BC Clark’s history as Oklahoma’s oldest business under the same family ownership.

Carrie Underwood is no stranger to Oklahoma. The Checotah, Oklahoma, native is a seven-time GRAMMY® Award winner who got her start on America Idol in 2005 where she won and launched her career in country music. She is now well-known all around the world and hosted the Country Music Awards for the 12th time last night in Nashville, Tennessee.

“Carrie Underwood has a deep connection with her home state and we are delighted to provide the opportunity for her to have a piece of her heritage on stage,” says Czarah Cabrera, brand director for Harry Kotlar. “She was the perfect star to wear the ring and she pulled off the look nicely at the awards, plus the timing was perfect with our big reveal event tonight.”

“BC Clark is honored to have partnered with Harry Kotlar to create this masterpiece,” said Coleman Clark, President of BC Clark Jewelers.  We are excited to introduce the Heart of Oklahoma Diamond ring to our loyal customers in Oklahoma and around the country.  Carrie Underwood is the perfect Oklahoma icon to debut the ring, and we couldn’t be more thrilled.”

Harry Kotlar is recognized as the premier source for impeccably cut diamonds, handmade heritage jewelry, its hallmark design – Artisan Pavé and “The World’s Most Brilliant Cushion Cut Diamond” – Kotlar Cushion®. Established in 1948 as a diamond house in California and progressively evolved into a jewelry design house designing pieces that evoke old-world artistry with modern sophistication. Each Harry Kotlar piece is made by a team of Italian master artisans who have dedicated their life’s work to the love and passion of jewelry-making, creating the world’s most stunning diamond rings, bands, earrings, bracelets and necklaces that celebrate individuals’ story eternally. For more information, visit harrykotlar.com.

BC Clark, founded by Benton Clyde Clark, has been serving Oklahoma since 1892 in Indian Territory. Today, BC Clark is Oklahoma’s oldest jewelry store and the oldest retail store in Oklahoma operating under the same name and ownership. The traditions of quality merchandise and personal service have continued through the years under the leadership of B.C. Clark’s son, B.C. Clark, Jr., grandson Jim Clark, and great-grandsons Coleman Clark and Mitchell Clark. Now with three Oklahoma City stores, the Clark family continually introduces new designer jewelry lines and other luxury brand products.