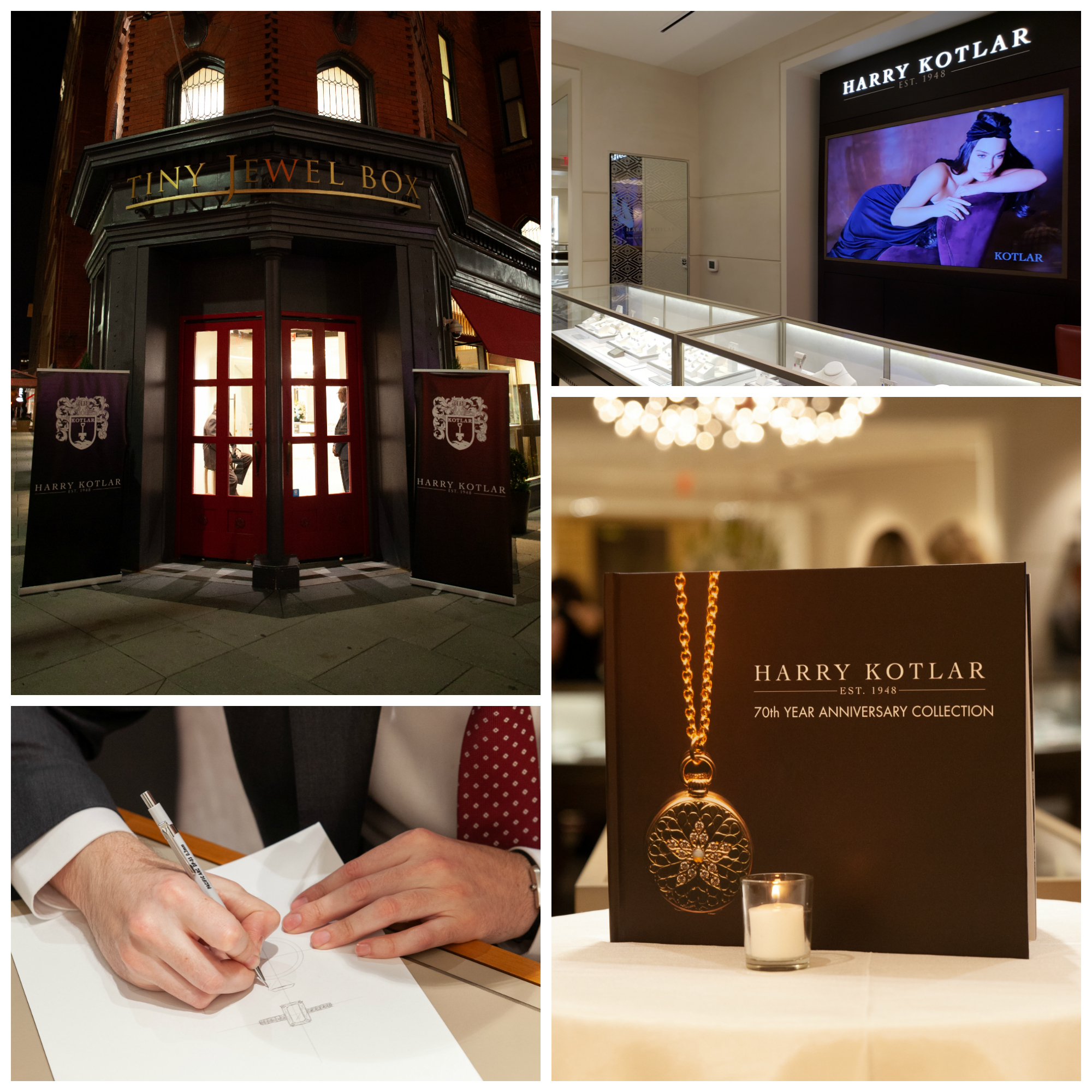 WASHINGTON, November 14, 2018 - The past seven decades have seen Harry Kotlar’s rise to become one of the world’s most revered jewelry design houses. During this time, Harry Kotlar introduced the world to the Kotlar Cushion diamond, the World’s Most Brilliant Cushion Cut diamond and its hallmark design — the Artisan Pavé. Artisan Pavé is a stunning creation made possible by the lifetime experience possessed by its Italian Master Artisans.

The focus of the event was the anniversary collection, which gathered seven masterpieces — one for each decade of the brand’s existence. Each piece references popular design hallmarks of the time, but are nonetheless timeless.

Guests of the event, which included Kotlar collectors, jewelry enthusiasts, influencers and editors, witnessed the unveiling of the anniversary collection. Each of the pieces were curated and presented in special museum-like vignettes with a unique Museum Audio Guide. Eighteen of Harry Kotlar’s unique collections were also presented in a museum-like environment. Guests also had an opportunity to create their own Harry Kotlar pieces with a Harry Kotlar Illustrator onsite.

Viewed as a whole, the collections told the story of Harry Kotlar’s dedication to perfection and beauty.

There was actually an eighth piece in the collection, and it caused quite a stir among attendees.

That piece was a golden locket, made in the image of Harry Kotlar’s personal golden pocket watch. During World War II, Harry used his own watch as an exchange to guarantee safe passage for his family. That sacrifice paved the way for his family’s bright future — and the future of the brand.

The locket was crafted with the same level of craftsmanship given to all pieces in the anniversary collection. At the center of the locket was a luminous opal from Helen Kotlar’s personal collection. The front of the locket is adorned with a special Lily Artisan Pavé, a tribute to Harry’s wife Helen, who adored flowers. Reenvisioning Harry’s pocket watch as a locket allows its bearer to insert their own mementos and photographs, in effect making them become a part of the jewelry design house’s decades-long history.

Each of these pieces were featured within the pages of an exclusive coffee table book and fashion film, which was also released at the boutique opening. The book and two-minute film give the audience a first-hand look into the evolution of Harry Kotlar’s design philosophy and dedication to the craft.

Each chapter shows Harry Kotlar’s evolution of design and the inspiration behind each anniversary piece. And speaking of inspiration, everyone will notice that the little black dress is a common element through all the decades.

“The little black dress, much like our jewelry, has also evolved through the years and remained classic and sophisticated — which is why I decided to dress the model in versions of the dress that epitomizes each decade,” says Czarah Cabrera, Brand & Creative Director for Harry Kotlar. “Combining fine jewelry with fashion was intentional; most contemporary jewelry compositions look cold and impersonal. By adding a fashion element that visually tells a story — specifically, the evolution of the little black dress — we give the photographs and the film a keen sense of humanity while maintaining their timelessness, poetry and iconic status.”

The result is a breathtaking book and film that serves as a fitting tribute to the Harry Kotlar legacy. All the attendees took home one of these remarkable books for them to keep.