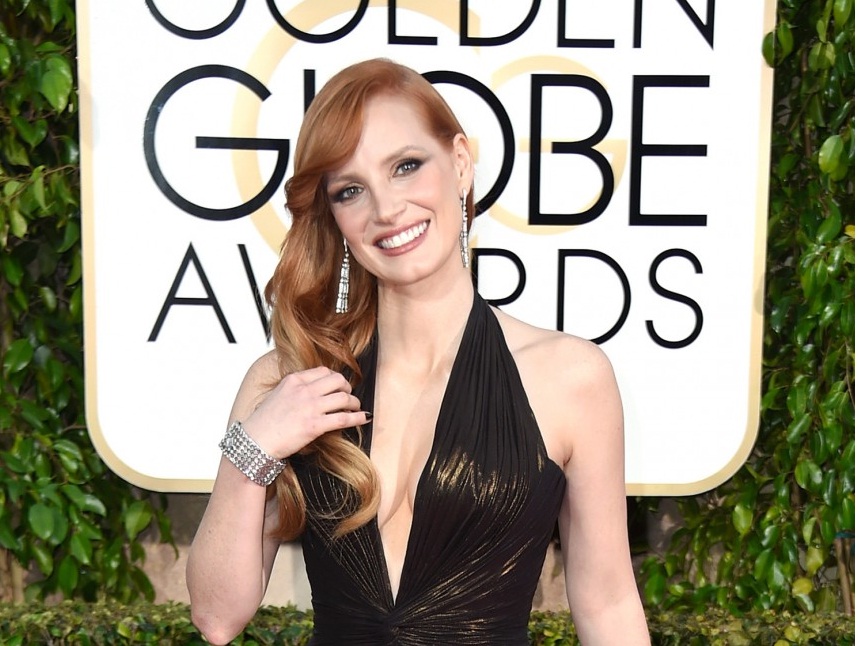 Colored gemstones and yellow gold were near invisible as the early trend for the year seems to be conservative. Size was even kept to a minimum as understated elegance was the norm Sunday. This is unusual considering that the trend in recent years had been leaning well toward colored gems, colored diamonds and yellow gold.

Among the brands on display during the annual parade of stars, Fred Leighton seemed to be the most visible. Usually this would mean a variety of color and styles but not this year. Only Anna Kendrick chose to wear rubies with understated pendant earrings and a ring mixed with diamonds.

Martin Katz, known for his diamond designs, although he had been venturing into color in recent years, adorned several stars Sunday but only Allison Janney went with something a bit different using fancy yellow diamonds.

Model Chrissy Teigen and actress Katie Cassidy both looked stunning, each wearing more than $1 million of understated (believe it or not) jewelry by Harry Kotlar.

Of course the big jewelry houses adorned the biggest stars and made the biggest impact. Jessica Chastain sparkled in white gold and diamond earrings and cuffs by Piaget. Naomi Watts may have had the only bold statement of the evening, wearing Bulgari’s iconic Serpenti diamond necklace. Julianne Moore was a consensus best dressed of the evening as she matched her metallic gown with two platinum and diamond bracelets and three rings by Chopard.

However, the highlight among those wearing watches was Diane Kruger who looked stunning in a Jaeger-LeCoultre Joaillerie 101 Art Deco timepiece.

On the red carpet, even in the men’s categories, it’s the woman who steals the show.