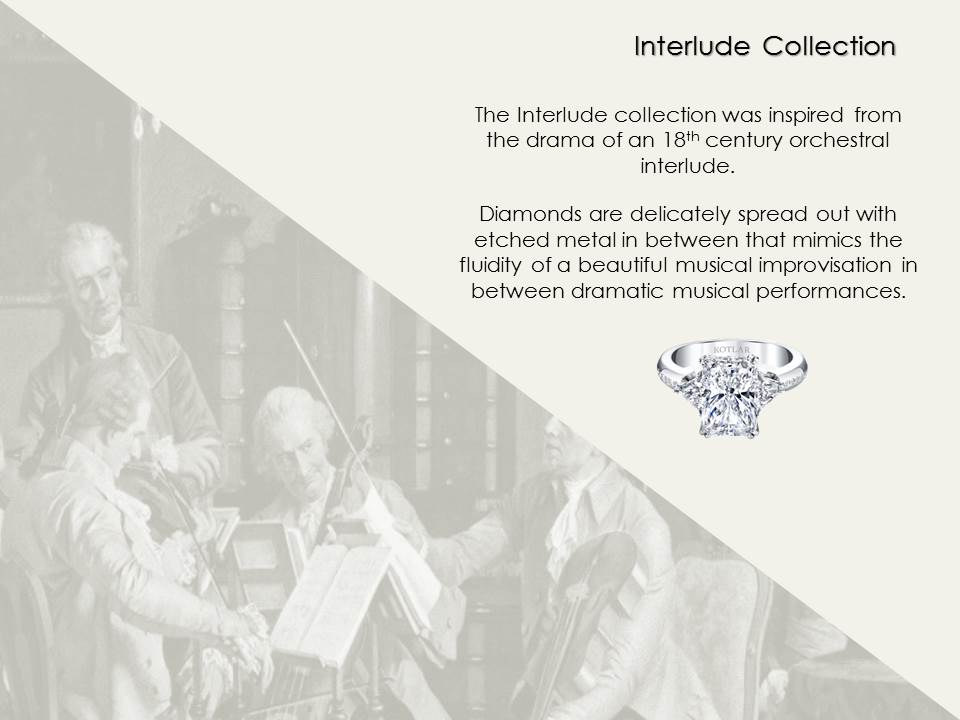 The last twelve months have been notable ones for Harry Kotlar and followers of the brand. Within that span of time, the jewelry house released a short film that dramatized its decades-long dedication to its craft. Harry Kotlar is set to reach another milestone with the reveal of its latest array of jewelry — the Interlude collection.

The Interlude collection reveals a full suite of new pieces: an engagement ring, a band, and earrings, all of which were inspired by the fluidity and majesty of a classical music.

Inspired by the Baroque Era

Most fine jewelry takes their inspiration from physical things — the silhouette of summer blossoms, or the perfect symmetry of geological formations. The Interlude collection, however, takes its inspiration from something a bit more ephemeral: the grandeur and drama of 18th century orchestral music.

The 18th century was known as the Baroque era. The music of the time, along with art and architecture, reveled in its grand scale and opulent forms. Composers such as Mozart, Handel, and Bach produced works that defined the era.

The Italian master artisans that created Harry Kotlar’s Interlude collection were influenced by these musical characteristics. The engagement ring, bands, and earrings are bold, beautiful, Baroque.

The arrangement of these stones is similar to that of a musical composition. Fluid, breathtaking and eventually progressing to a stunning crescendo.